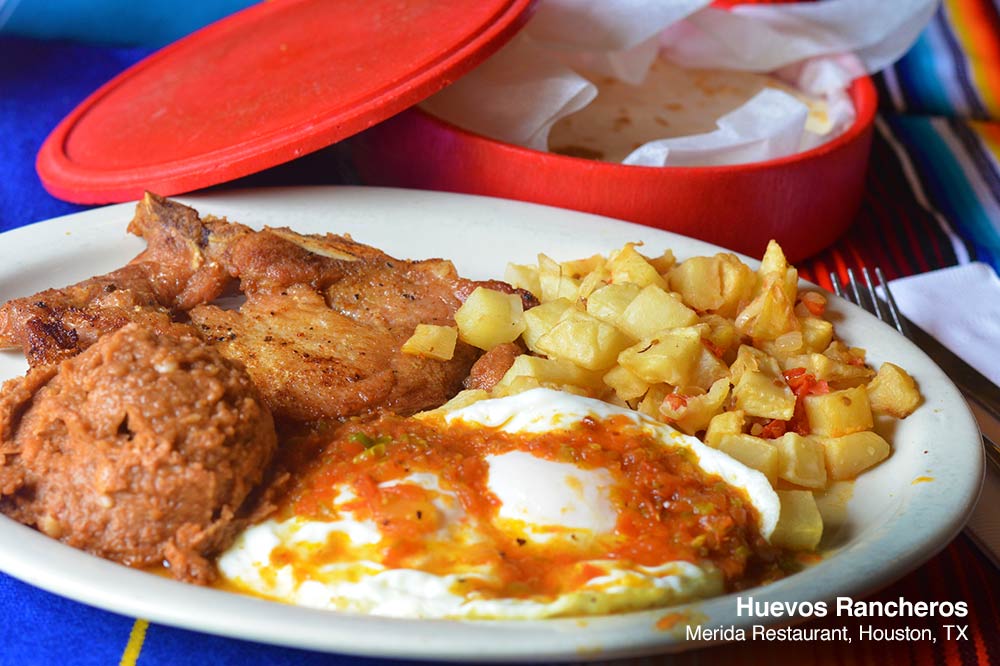 Mexican food is inarguably one of the most popular cuisines in the US. In fact, 1 out of every 10 restaurants in the United States sells some Mexican-inspired items. It’s also a cuisine that uses a lot of the same ingredients (tortillas, meat, salsa, rice, etc.) repeatedly with different preparations and variations on presentation.

Combine that fact with the wide variety of Tex-Mex cuisines that overlap with Mexican in the American market and it can be hard to keep different dishes straight – especially if you don’t speak Spanish!

When you open your menu, do you know the difference between enchiladas and chalupas? What about chimichangas and taquitos? We’ve compiled some of the more popular Mexican food words and what they mean to help you know exactly what to order.

One of the more common Mexican dishes in America, a burrito is a flour tortilla filled with a protein (usually chicken, pork, beef, or steak), rice, beans, and other fillings like lettuce and salsa before being wrapped so it’s easy to hold in your hand.

This is a rolled up tortilla with filling (which can include meat, beans, and vegetables) and covered in a chili pepper sauce.

A burrito suizo means a burrito with melted cheese or a cheese sauce on top. “Suizo” means Swiss in Spanish (as in Swiss cheese), but the term is used to refer to any type of cheese.

This is a popular sauce with dark color and lots of spices. While chocolate is one of the ingredients, the sauce is not necessarily very sweet, so be prepared. While the sauce doesn’t necessarily need to cook for long, this is a particularly labor-intensive sauce; it’s common for molé recipes to require dozens of ingredients (including spices ground by hand) to create that perfectly balanced flavor.

Similar to hard tacos, the shell of a chalupa is made out of masa dough and then deep fried before the filling is added.

A chimichanga is simply a burrito that is deep fried. Sometimes a cheese, green chille, or sour cream-based sauce is put on top.

Chipotle peppers are jalapeno peppers that have been smoked. If a dish says it includes chipotle peppers, expect it to have some of that smokiness throughout.

This fritter is typically made from choux dough (a versatile light pastry dough that’s also used to make éclairs and beignets) that’s pushed into long, ridged shapes before being deep fried. Commonly sold by all types of food merchants, from restaurateurs to street vendors, they can be eaten as a breakfast dish or simply a sweet treat.

Another well-known dish, tacos use smaller tortillas than burritos (either hard shell or soft, usually corn-based) and can come with a variety of fillings, usually including some kind of protein (commonly beef, but also fish or chicken), cheese, salsa, vegetables, and/or sour cream.

Gorditas are cornmeal flatbread stuffed with a meat filling (braised beef stew, pulled chicken, and slow-cooked pork are all popular choices). First the flatbread is deep fried, making it puff up and hollow out. Then the cook makes a slit in one side of the bread and stuffs it with the filling.

Taquito can mean two different things: in some areas of the American Southwest, taquito simply refers to a small taco (the word literally means “small taco” in Spanish). A taquito can also be a small tortilla and filling that’s rolled with the ends left open and then fried. This version’s alternate name is flauta, or “small flute.”

A huarache is an oval masa tortilla that’s fried and topped with some combination of protein, potato, salsa, onion, and fresco cheese. Huarache gets its name from the popular type of sandal of the same name, since the oblong tortilla has the same shape as the shoe.

This is a wheat or corn tortilla that’s cooked flat on a grill with cheese, vegetables, and often protein on top before being folded over to make a half moon. This can be eaten as an appetizer or entrée, depending on size.

Tamales consist of a spiced meat mixture that’s covered completely with a cornmeal dough. Each tamale is then steamed in a corn husk (note: tamales are usually served with the husk wrapping for presentation, but make sure not to eat the husk itself. You just want all the stuff inside it).

A very popular sandwich from the city of Puebla, the cemita has a distinctive sweet, egg-rich roll (similar to brioche) topped with sesame seeds. The filling is very particular, specifically avocado, meat (beef, pork, ham, or chicken), a white cheese like queso oaxaca, onions, sliced jalapenos, the pungent Mexican herb papalo, and a little red chili sauce. Some restaurants will also include lettuce, tomato, and a refried bean spread.